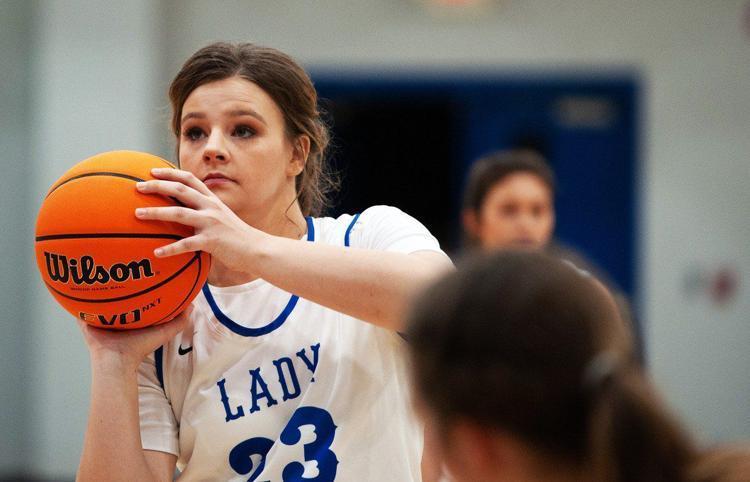 LAVACA -- The Hector Lady Wildcats rallied to a 55-48 overtime victory over the Lavaca Lady Golden Arrows on Friday.

"The girls played one of their best games of the season against a very good team on their home court," Lady Wildcats head coach Luke McAnulty said. "It was a total team effort with four of our team players scoring in double figures to give us the overtime win. I couldn't be more proud of this group the way they battled back tonight as we were down by 15 points in the third quarter."

Hector trailed 15-11 and was held to just three points in the second quarter as they fell behind 24-14.

The Lady Wildcats pulled within 32-30 in the third quarter and tied the score 44-44 at the end of regulation.

LAVACA -- The Hector Wildcats were defeated 61-52 by the Lavaca Golden Arrows on Friday.

The Junior Wildcats lost 61-14 to the Lavaca Junior Golden Arrows.