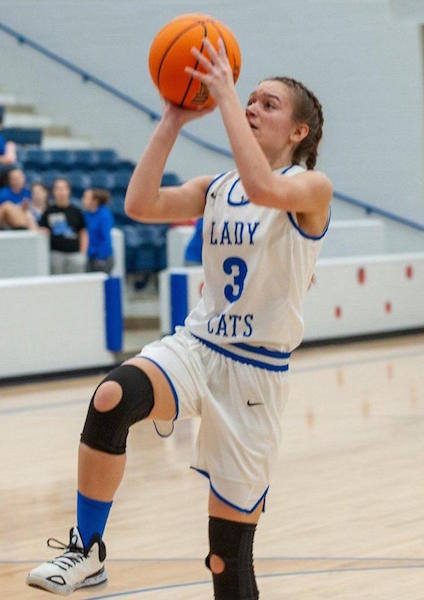 The Lady Wildcats got scoring contributions from a litany of players.

HECTOR -- The Wildcats defeated the Ozark Catholic Griffins 58-31 on Tuesday inside the Hector Multi-Purpose Building.