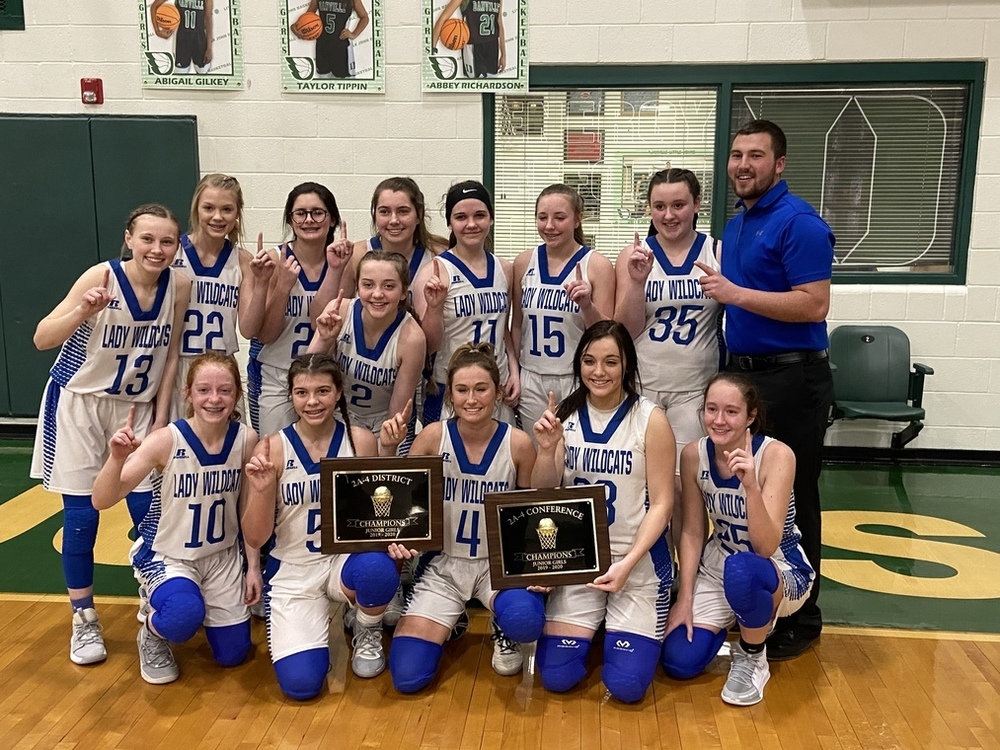 DANVILLE -- The Hector Junior Lady Wildcats are 2A-4 West District Tournament Champions after defeating the Hackett Junior Lady Hornets 42-27 on Saturday in the championship of the district tournament.

Hector compiled a 17-7 overall season record and won the 2A-4 Conference with a perfect 6-0 record.

"This was a great season for these girls, and I'm so proud of how hard they have worked," Junior Lady Wildcats head coach Luke McAnulty said. "It's been a joy coaching them, and I've enjoyed watching each and every one of them become better basketball players and people. The future is bright for this group of girls at Hector. I've loved and enjoyed every minute of this season with his team."

Hector led against Hackett 11-4 after the first quarter and 23-8 at halftime. After the third quarter, they were up 32-19.